LOOK AT YOURSELF SERBIA! 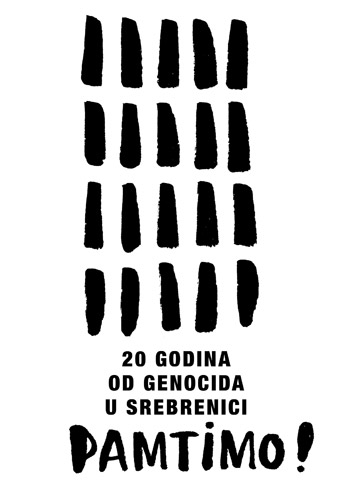 Within the context of the commemorations of the twentieth anniversary of the genocide in Srebrenica, the Women in Black are organizing a peaceful action "11 July - Remembrance Day of the Genocide in Srebrenica - Declare!", on Thursday 11 June at 12 noon in front of the Presidency building of Serbia

Through the performance "Look at Yourself Serbia! 20 Years - 20 Mirrors", we want to send the message that Serbia needs to look at itself in the mirror and to deal with what it sees - an ugly face that it has tried to hide, forget, push aside and deny. It needs to see the face that stands behind it - Srebrenica!

We live in a State which refuses to declare the crime of Srebrenica as an act of genocide, and this demonstrates that there is a continuity between the ideology driving the crimes of the past and the present government in Serbia. There is a continuity of the same moral and cultural patterns that created and justified the war and the regime that committed genocide - a state-organized crime.

The minimization, denial and relativization of genocide, which predominate in Serbian public life, are proof that our society even today has not dealt with the ideological heritage of the 1990s and with the system of values which resulted in suffering and wars in the name of the nation.

We reject the falsification of facts related to the genocide. The facts must become a part of the collective memory, and be acknowledged within educational, scientific, cultural and political institutions. Forgetting and indifference towards the sufffering of the victims of the Srebrenica genocide constitute a denial not only of their human dignity but also of our own.

We do not accept statements that we need to focus on the future, that there is no returning to the past. We are confident that the future cannot be built on the basis of avoidance of the past and of the burden of crimes committed in our name - and above all the genocide in Srebrenica.

We only accept the full truth and public acceptance of the commission of genocide as an act of collective moral responsibility of our society. This is a prerequisite not only for a just peace, but also for a common future of all citizens in this area.

When Serbia looks at itself in the mirror, it will see Srebrenica!

Women in Black, with the support of the Dah teatra, the Autonomous Women's Centre and the Reconstruction Women's Fund.