On that occasion, a stage action was performed: on the sidewalk it was written in salt: Vukovar (1991-2020)

About fifteen activists were present at the protest. The media covered the protest, which was accompanied by the police security.

One incident occurred during the protest. A man with a child in his arms poured a bottle of water over a box of salt, and then crossed his legs over the letters that were written on the sidewalk, thus scattering what was written...

Two scenes during the commemoration:
One woman activist handed out leaflets and had two encounters with people. One of them was with a group of high school students and the other one with two older men.

1.) When asked if they knew what this was about, one boy answered: "A lot of our people died in Vukovar." The activist then asked: "Who are our people?", To which he replied with the approval of everyone else: " Of course, Serbs. Croats were also killed, but we have nothing to do with them."

2.) Two older men asked the woman activist, “What are you doing? Shame on you! Are you Serbian? The Croats destroyed Vukovar." 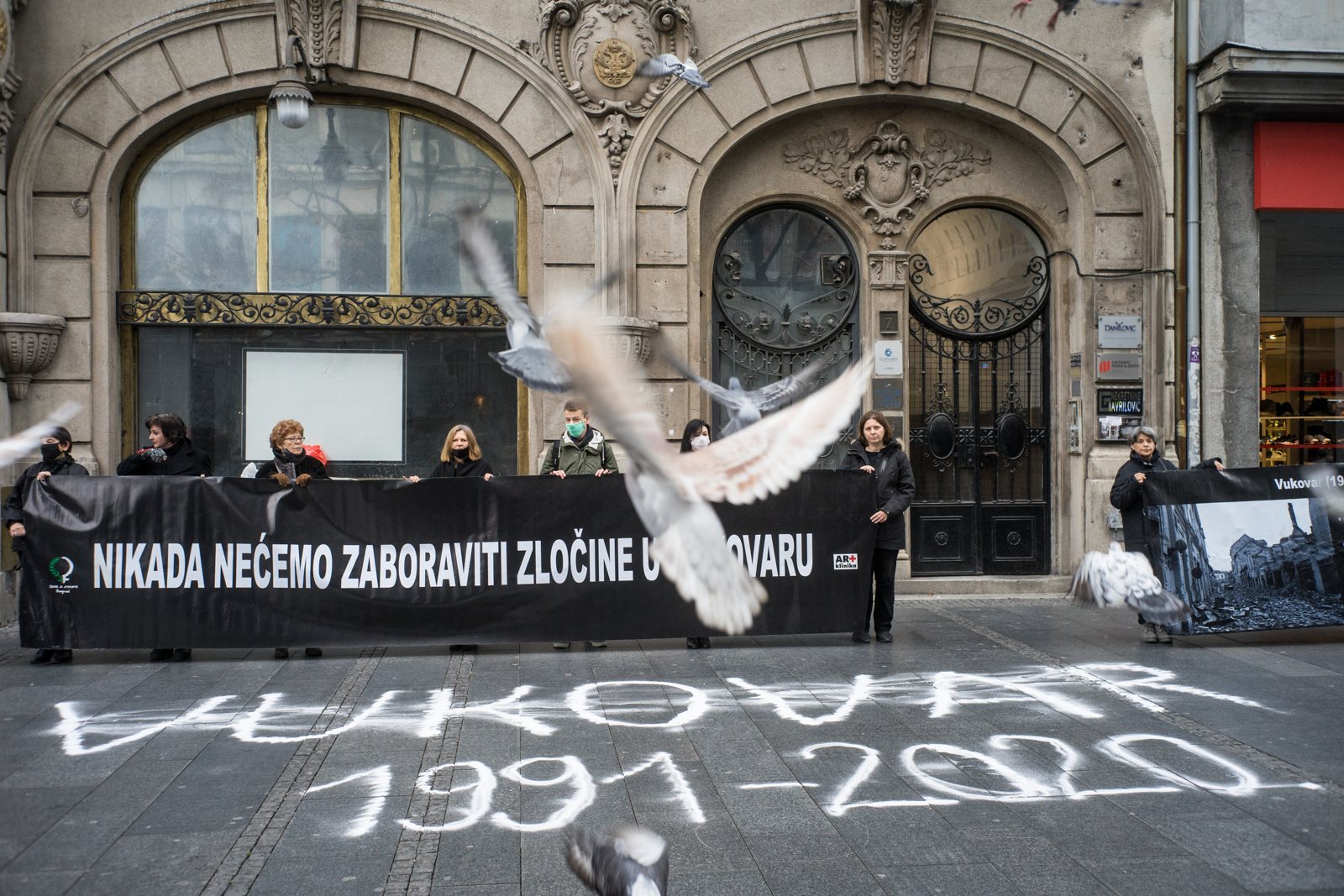 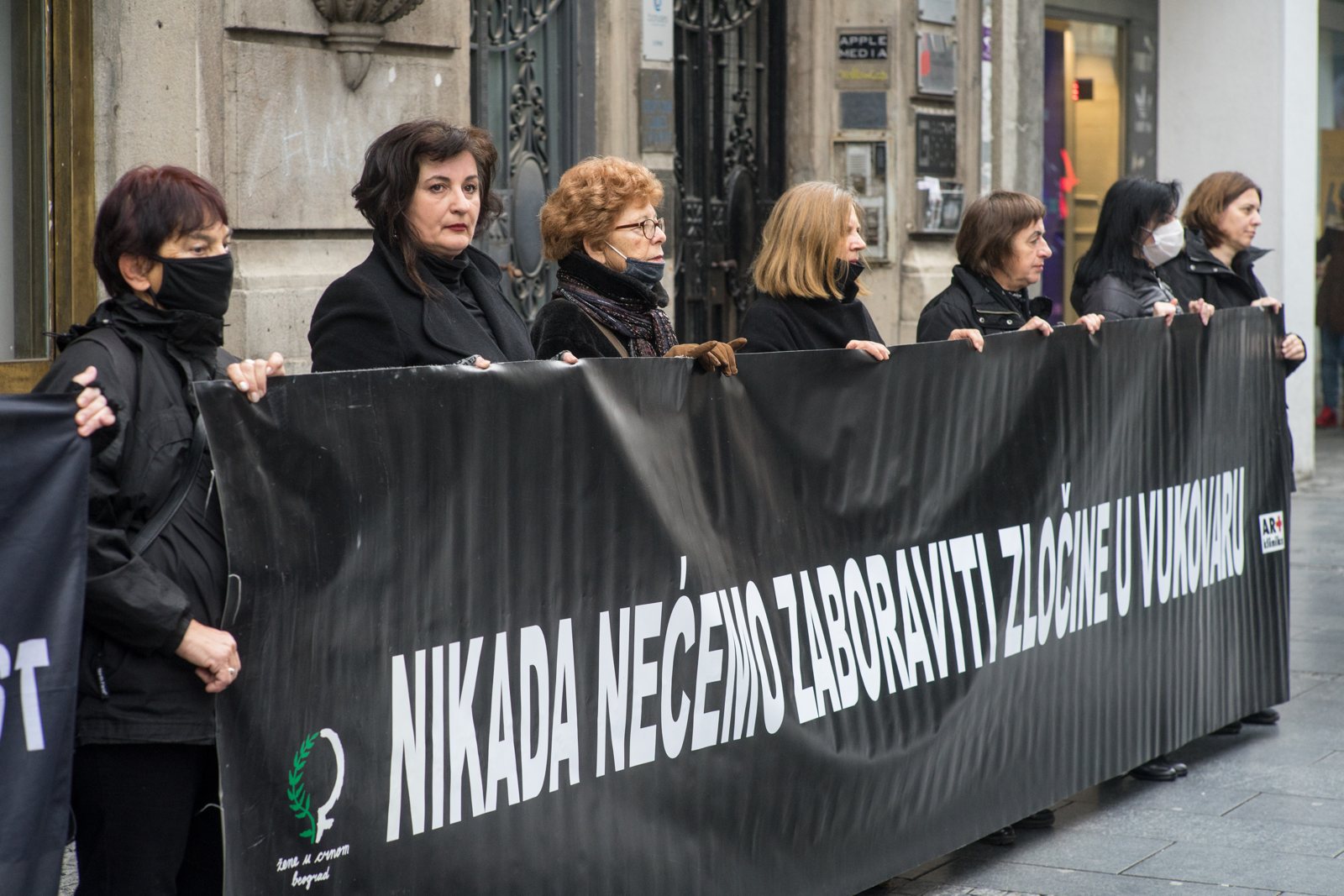